The Best Refrigerants in the Market

The refrigerant is a fluid used in the refrigeration cycle of refrigerators/freezers, air conditioning units, and fire suppression systems. It absorbs heat from indoors and transports it outside. During this process, it changes from liquid to gas form, moving through your unit’s evaporator coil, compressor, and condenser coil—where it releases heat. Once the refrigerant releases heat outdoors, it goes back to its liquid form and makes its way back inside. It passes through the expansion valve then the evaporator coil, where a fan blows over it, finally allowing your system to produce cool air.

The refrigerant can be used in industrial refrigeration; commercial, residential, and automobile air conditioning; as well as pharmaceutical refrigeration. Here’s a rundown on the best refrigerants in the market:

r407c is an HFC blend with a reasonable performance match to r22 in air conditioning systems and medium temperature refrigeration applications. In terms of lower temperature refrigeration systems, however, it maintains a lower capacity. Still, it remains the best retrofit alternative to r22 in air conditioning and heat pumps—a close performance match with moderately higher operating pressures.

r134a is an HFC used in automotive air conditioning, commercial refrigeration, domestic refrigeration, and chillers. It is a high-performing refrigerant typically found in small hermetic systems and new chiller designs. It can also be used as replacement for r12 and r22 refrigerants in medium and high temperature refrigeration applications.

r410a is a high-pressure, high-efficiency HFC blend used in air conditioning systems. It is designed specifically for new equipment and not for retrofitting because of its high operating pressure. It may be used as an alternative to r13B1 and r22 refrigerants in low temperature refrigeration.

r448a is a zeotropic blend that serves as a non-flammable refrigerant replacement for r22 and r404a in low and medium temperature commercial refrigeration. This includes supermarket systems and vending machines (plug-ins). It provides an outstanding combination of low Global Warming Potential (GWP) and high energy efficiency. 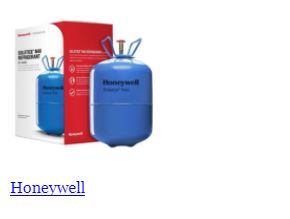 r417a is an HFC blend, direct drop-in replacement for r22 in commercial air conditioning systems and medium temperature commercial refrigeration. Unlike its predecessor, it doesn’t require liquid charging and can be readily used to top up the system in case of a leak. 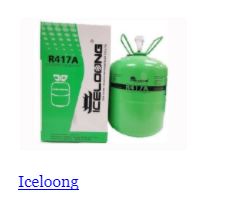 Magic-Aire is the official distributor of the following refrigerant brands in the Philippines:

Iceloong is a subsidiary of the Zhejiang Yonghe Refrigerant Co., one of the leading refrigerant production companies in China. Founded in 2004, it is headquartered in Qu zhou, Zhejiang Province, popularly known as the capital of fluorine. It mainly produces and develops new environment-friendly refrigerants, fluoropolymers and other fluorine chemical products. The company has a multi-faceted domestic industrial chain that integrates everything—from raw material ore mining, research and development, and production to warehousing, transportation, and sales.

Galco is an export subsidiary of Climalife established in 1976. It is headquartered in Brussels, Belgium, where one of the largest ports in Europe is located, helping it become one of the leading product distributors for refrigeration, air conditioning and heating applications worldwide. Its product line ranges from refrigerants (Frio+) to chemical products like lubricants, heat transfer fluids, and cleaning products.

Founded in 1906, Honeywell is a Fortune 100 company headquartered in North Carolina, U.S.A. Since its establishment 115 years ago, it has maintained its position at the forefront of  “4th Generation” fluorine-based refrigerants (HFOs) development. These HFOs have been developed by the company as an effort to

Benefits of Buying an Original vs a Counterfeit Compressor

Benefits of Buying an Original vs a Counterfeit Compressor

Compressor in the Summer: What are the Do’s and Don’ts?

This website uses cookies to improve your experience while you navigate through the website. Out of these cookies, the cookies that are categorized as necessary are stored on your browser as they are essential for the working of basic functionalities of the website. We also use third-party cookies that help us analyze and understand how you use this website. These cookies will be stored in your browser only with your consent. You also have the option to opt-out of these cookies. But opting out of some of these cookies may have an effect on your browsing experience.
Necessary Always Enabled
Necessary cookies are absolutely essential for the website to function properly. This category only includes cookies that ensures basic functionalities and security features of the website. These cookies do not store any personal information.
Non-necessary
Any cookies that may not be particularly necessary for the website to function and is used specifically to collect user personal data via analytics, ads, other embedded contents are termed as non-necessary cookies. It is mandatory to procure user consent prior to running these cookies on your website.
SAVE & ACCEPT